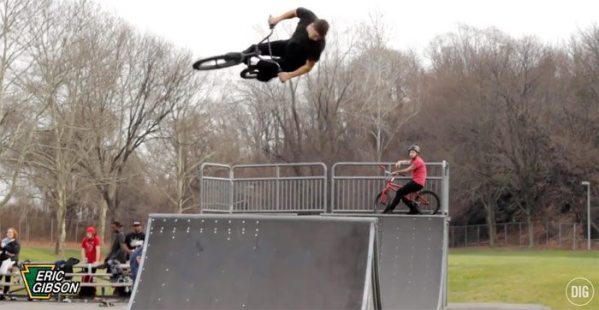 The crew over at DIG have just released the next section from Ride PA‘s “Quaker State” DVD online. This time around we get a look at over six minutes of street, skatepark and trails footage the East Coast Destruction crew stacked! This is primarily street footage, but there’s a little bit of something for pretty much everyone in this. Check it!

“DIG is proud to present a section from the legendary East Coast Destruction crew who close out RidePABMX’s Quaker State web series. Thanks for watching and thanks to all involved for letting us host this awesome project! We’ll let ECD and RidePABMX’s Purcey send it off…

“ECD has been around forever and has no plans on going anywhere. The times change but we’re riding, having a good time and trying to grow the Bethlehem scene.

EAST COAST DESTRUCTION WILL NEVER DIE!” – ECD
“ECD was a perfect fit to end the video. Not only are they one of the oldest crews in Pennsylvania, but they put together a really solid section. Nilo did an excellent job with the filming and editing and the whole crew went in for their section.

Thanks again to everyone that helped make this project possible and we hope you enjoyed.

Don’t forget to follow us on social media @ridepabmx or visit our website www.ridepabmx.com for more from the Quaker State.” – Purcey