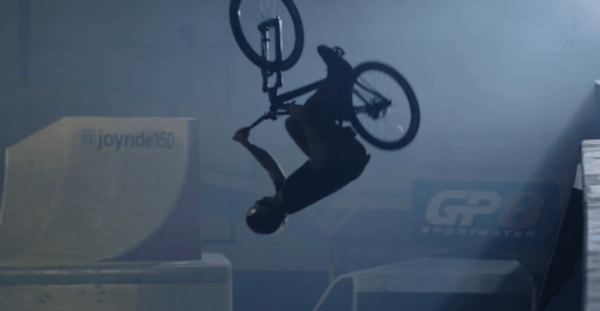 As some of you probably have noticed by now, Drew Bezanson has also started riding mountain bikes on top of BMX. We haven’t seen too much footage of Drew getting down on the big bikes, but it sounds like that will be changing on Monday when Red Bull releases “The Learning Curve”. You already know Drew never disappoints, so get excited because we’re sure this will be awesome.

“Starting July 11 on RedBull.com/Bike, The Learning Curve documents Drew Bezanson’s first foray into the wide world of slopestyle mountain biking, as he takes on the 2016 season with the hope of earning a spot at Red Bull Joyride on August 21.
The six-part series released every Monday captures the high-fives, lows and humbling experiences of entering a new sport with the goal of competing at its absolute highest level.
Slopestyle mountain biking has taken its cues from all types of bike disciplines, from classic downhill, to dirt jumping and of course, BMX.
While many riders in the field reflect those various backgrounds, this year marks the first time that one of the most recognised BMX riders in the world takes on the FMB World Tour in an attempt to reach Red Bull Joyride.”