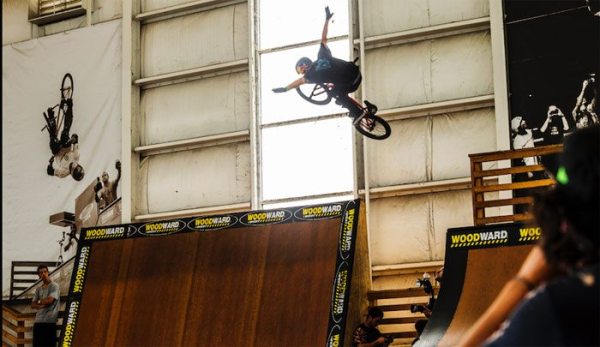 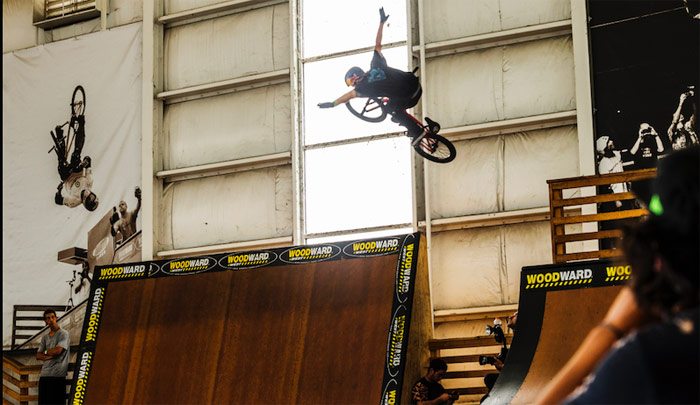 It looks like Mongoose will be hosting TWO jams this summer. One, which will feature a new video format here in the U.S at Woodward West and a 2nd that will follow the same format as the previous years in the U.K! We have not one, but TWO press releases about each event for you to check out. Should be awesome events for both!

From July 31st through August 5th fifteen pros, five amateurs, and five videographers will shoot and produce five team edits. The teams’ video edits will be screened for all Week Nine campers at Woodward West’s theater on Friday, August 5th and judged by BMX industry veterans. Winning edits will be selected based on originality and style, the variety and difficulty of tricks used and the video production quality.

Mongoose BMX riders Pat Casey, Greg Illingworth, Kevin Peraza, Paul Ryan and Ben Wallace will each captain one of the five teams, inviting two pro BMX athletes as well as one videographer to join their teams. Captains will also have the opportunity to scout and select one amateur from among the Woodward West campers to join their teams.

The pros and their videographers will compete for a piece of a $50,000 prize purse as well as individual win bonuses while the amateur on the winning team will win a free week at Woodward. Each amateur will also receive a custom Mongoose frame and apparel.

“After four years, this is an exciting change to the Mongoose Jam format,” said Leigh Ramsdell, Mongoose Team Manager. “Riders won’t be limited to a traditional contest format or to specific sections of camp. Instead, they’ll have access to explore and film all over Woodward West allowing them to showcase their unique riding styles. I can’t wait to see the edits the teams come up with!”

As captains select their teams, Mongoose will share updates on its website. In addition, the brand will post event news, release Jam teaser edits, and announce giveaways as the Jam gets closer.

Mongoose Jam in the UK Details

Mongoose Jam UK will mimic the contest formats. On July 2nd and 3rd, twenty-four pros and six amateurs will compete over a two-day period. Athletes will show off their unique styles and test their skill levels to attempt new and never-before-seen tricks in order to advance the sport of BMX.

Rush Skatepark in Stroud, England will play host to the inaugural Mongoose Jam UK. The 40,000 square foot indoor skatepark is the perfect venue for the Jam as it features three distinct contest areas – a Street course, a Park course, and a Bowl contest. Traditionally, Mongoose Jams throughout the United States featured a Dirt contest. The new addition of Bowl will bring an exciting element to the Mongoose Jam as riders will have the opportunity to show off their bowl skills. All three spots will also offer fans a great view of the contest.

The athletes will compete for a piece of a $15,000 prize purse. Mongoose Jam riders are welcome to ride in every event. However, each team’s top two scores from each event will be the only scores to count toward their team’s overall placing. The team with the highest cumulative points will be crowned after the last event. Scores will be determined by a panel of BMX industry veterans.

“We are very excited to expand the Mongoose Jam to the UK for our first ever international event,” said Steve Wilcox, Sports Marketing Manager for Mongoose. “At a time when successful Pro/Am contests are few and far between, we are very fortunate to see incredible growth with the Mongoose Jam.”

“The UK used to have the best BMX events,” said Mark Noble, BMX Category Manager for Mongoose. “We’re planning on bringing that magic back with Mongoose Jam UK, working with our athletes to invite the best selection of pros and ams into the mix, all in the perfect venue at Rush, with serious prize money. BMX needs big events like this!””