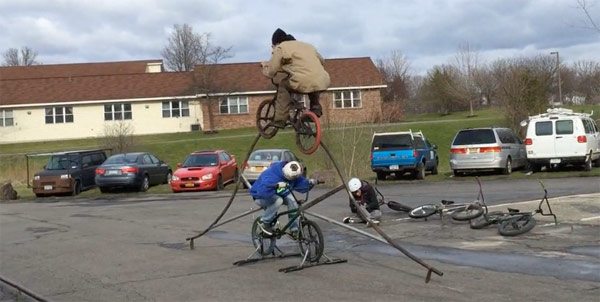 Here’s a BMX video we had sent through from the jam that the Grindworks BMX crew threw up in Binghamton, New York the other weekend. Although it looks like the weather wasn’t playing in their favor, the crew ended up making the best of it and had real good day. This video is pretty long, but it covers everything from the first session in the morning that was wet, cold and snowy at the first skatepark, then they cruised a little street, finishing up at Derek Nelson‘s HCS Skatepark.

Filmed and edited by Andrew Vargason

“GrindWorks BMX Jam in Binghamton, NY happened on April 9, 2016. This video captures the majority of the day and the good times that were had, even though the weather was less than optimal. Thanks to everyone that made it out and helped make it successful. Also, thanks to all the sponsors that donated to help out.”